Barbs are a great option

Barbs are mostly undemanding and active aquarium fish. But with so many members it’s difficult trying to work out your favorite.  There are big ones, small ones, flitting leaping ones – and even blind ones.  They are a very diverse fish.

Barbs are active, colorful schooling fish in the Cyprinidae family. They include the tiny gracilis barb from West Africa which are at best less than an inch long.  Then there is the tinfoil barb that can grow to over a foot long.  Barbs are often unfairly described as being fin-nippers, largely due to the behavior of a few types like tiger barbs, black ruby barbs and rosy barbs. Although some species can be boisterous, there are a number of more subdued and peaceful species like cherry barbs, gold, pentazona and checkerboard barbs that make great community tank inhabitants.

Males are typically smaller and more colorful, while females tend to be larger and heavier bodied.

There are 28 genera with over 500 species. A lot of them are not suited to keeping in a fish tank, like the 10 foot 660lb Giant barb, Catlocarpio siamensis, the largest cyprinid in the world.  Others just are not available, like Caecobarbus geertsi, the endangered African blind barb from the Democratic Republic of the Congo.

Still, there’s a large number of barbs that we can put in our tanks and some of the more common species turn out to be hugely underrated fish.

Barbs are any fish that belong to the subfamily of the Cyprinids, the Barbinae. Within that you’ll find genera covering surprising geographical expanses, with barbs found across Europe, Asia, and Africa.

What behavior is normal in Barbs?

Barbs are always on the go and should be kept with fish of similar size and activity levels. Some barbs communicate by nipping at each other, so avoid mixing these fish with timid, slow moving or long-finned fish such as neon tetras, angelfish, guppies and bettas. Depending on what type of barbs you keep, serpae, red eye and black skirt tetras, red tail and rainbow sharks, danios and other barb species can be good choices for tankmates.

Tigers are a very boisterous fish, prone to circling each other in colourful displays, locking jaws and generally posturing. However, their interest is to create a lineage of dominance within their own ranks. Tigers want to boss all the other tigers.

The easiest way to reduce this problem is to keep them in large numbers – at least 12 of these together.  This will keep the nipping and attacks within the larger family and so they will ignore any other tank mates.  They won’t have time to get bored with the other tigers keeping them occupied.

A bored tiger that is the lead fish in a school of say 3 or 4 tigers, will have the time and the desire to dominate other fish.

Size can be a big issue for the inexperienced. Do not expect barbs to remain small, for example the Tinfoil barb can be bought when they are only 1” long and will quickly grow to more than 8” in the tank, sometimes even reaching 12” or more.  That can be a surprise if you didn’t expect it. Adult tinfoil barbs will eventually require a 120 gallon or larger aquarium.

Even smaller barbs such as Rosy barbs often go on sale at about 1” can develop in size up to 4”. Imagine buying a school of 10 in a 3 foot aquarium, all reaching adult size.  Not a lot of room left for any others in that tight tank.  But if you have a larger tank and you prefer your fish to be more boisterous, then the deeper-bodied Ruby or Rosy barbs (Pethia conchonius) might be ideal for you.  If you do consider them a good choice then adding them to smaller rainbowfish as a good match.

It is not all bad news for smaller aquariums. Being selective and buying smaller species like cherry barbs (Puntius titteya) and gold barbs that can be kept in smaller tanks, say 10 to 20 gallon aquariums, is great for starting your life as an aquarist. Tiger, rosy and black ruby barbs require a minimum of 30 gallons, and larger species like denisonii barbs will need a 55 gallon tank or larger when full size.

Barbs benefit from being in schools of at least 6 to 10 fish with plenty of swimming room.

Most aquarium species sold today are raised commercially.  Often this water has a higher pH and alkalinity than their native environments which is soft, acidic water in the wild.

Although the above is in general correct, there may be different requirements if you have different barbs.  It is important that you check out exactly what your fish need.

For example, Odessa barbs (Pethia padamya) can withstand surprisingly low temperatures down as far as 1° F.

Pentazona barbs can go a little cooler than the average temperatures discussed.  You can keep the temperature range somewhere between 22-25°C/72-77°F, and don’t be too worried about being at the colder end.  RO water or rainwater should be used for water changes, you are aiming for a pH value that is acidic, between pH 4.0 and 7.0.

Red line torpedoes (Puntius denisonii) are Indian fish, from Kerala, and have a different set of requirements to some of other barbs.  Water quality can be much more alkaline, making them ideal if you cannot maintain large RO water changes.  A pH value between 6.5 and 7.8 suits, and a hardness up to 25°DH works for these fish.  Note: A lower level of hardness is preferred.  Surprisingly they can tolerate temperatures down to 59° F.

Maintaining good filtration is always good practice, change 10% to 25% of the water using an Aquarium Water Changer or Siphon Vacuum Gravel Cleaner once or twice a month.  Make sure to treat tap water with a Water Conditioner before refilling your tank!

Most barbs are omnivorous and will thrive on flakes, granules and pellets. Frozen or live food can also be fed as a treat.  For best results, give them a variety, alternate their diet daily.  Try to only feed what they can eat in under 2 minutes, once or twice a day.

Like most cyprininds, many barbs love greenery in their diet.  They will eat the plants in the tank if you do not give them enough greens.  Your food menu should cater for this demand for greenery.

A selection of barbs for consideration

The Checkered barb, Oliotius oligolepis, is a wonderful fish for beginners.  It is small, up to a length of 2 inches, and so ideal for the average beginner’s tank and being hardy can withstand some early mistakes. This barb is also completely non-aggressive.  What more could any beginner want for easy success.

They prefer to be in slightly cooler water, making them perfect for smallish, tropical or unheated, indoor tanks – which is how many beginners start off.

The Cherry barb, Puntius titteya is more popular than the Checkered barb, probably as it is more colorful.  The bright, brilliant red of mature males is spectacular.

It’s another non-competitive, peaceful, small, hardy and inexpensive fish that is happy in a tropical or unheated indoor tank.

Often females have red in their fins but not on the body, and the base color can form an almost golden stripe above the lateral-line.  Females of a ‘super-red’ strain may look more like young males with scarlet bodies.  A super red male shows off a deep, blood-red color that stays uniform over body and fins.

Both common and albino strains have been selectively bred to produce an elongated caudal fin, also lengthening the body slightly.

Tank bred fish are more hardy than wild specimens, happy in either slightly acid or slightly alkaline conditions and a wide range of hardness.

In nature they are endemic to small, soft and slightly acidic streams, deep within Sri Lankan rainforests.  They are heavily shaded and feature little in the way of aquatic vegetation.  Substrates are of sand or gravel which is often covered by leaf-litter.

Drape Fin barbs, Oreichthys crenuchoides, are not common even though they are easy to find.

This is a relatively quiet and shy species.  Tank mates should be small and not aggressive such as Ember tetras, Sparkling gouramis, or the Lambchop rasbora.  Note they are shy toward other fish, but male Drape Fins are competitive toward each other, a school should have more females to keep them calm.

You may need a little patience to see them looking good.  When young they can look weak with not a lot of color.  As they get older, they still do not show a lot of color, a silvery body is covered in a scale pattern with a flush of yellow highlights on the chin.  The male also has a larger, dedicated yellow patch behind the gills.  While the dorsal fin of both sexes displays a deeper, sunburst yellow it’s the male that shines.  His large, extended dorsal fin is normally draped but, when he’s displaying it to a female, the erect fin makes for a magnificent courtship show.

The Drape Fin barb is undemanding and adaptable.  They are at home in brightly-lit aquaria, more than many other barbs.  Their natural habitat is clear streams running through open grassland, sunny areas, not shaded forest. 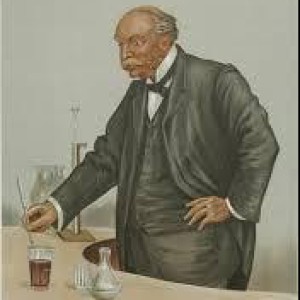 13 thoughts on “Barbs are a great option”